Motive: Why close The Bull-White House? Because I didn’t like Mondays

Matthew Bull (@StixBull) — founder of the soon-to-be-closed New York agency, The Bull-White House — takes a look in the mirror…

Llub Wehttam: Is it true that you once ran naked down 3rd avenue New York after losing a bet with your people at the agency?
Matthew Bull: Maybe. It was dark at the time and I had no real idea where I was.

LW: Why on earth are you closing your agency? From the outside it looked as if things were going well?
MB: I don’t think things ever quite clicked as a business for us. It was a great agency to work for, I’m told. I had wonderful people who I loved being with every day. But, in the end, we were there to produce memorable work and I just couldn’t sell the stuff I thought was great to our clients.

Literally from day one — Andrew [Whitehouse, my original partner] produced some breathtaking work for Jose Cuervo…they literally stood up and applauded. But in the end, they didn’t buy it. This was repeated quite a few time after that.

LW: So what were the special moments? Were there any?
MB: Winning is always great. Getting MDC [owner of Crispin Porter, Anomoly and 72 & Sunny] to back us was great. That first piece of business from Unilever, Slimfast. Never giving up on Corona, then beating three global networks [JWT, Leo Burnett and TBWA] to win the business. That was special.

LW: What do you mean, never giving up on Corona?
MB: We originally lost the pitch and they didn’t give it to anyone. I knew it was because we were so small — only had nine people then. So I kept badgering them. Then the head honcho, Miguel Patricio, came round to the agency one afternoon whilst we were having a Bull Braai…..said he was giving us the business. Special time.

LW: How did your clients react when you told them you were closing the agency?
MB: Client.

LW: I mean client.
MB: They were shocked but they were brilliant. Miguel asked me why and I said because I don’t like Mondays. When you are in love with what you’re doing, there’s the Monday morning test. In the past, I have been so excited for Monday morning to come. I’d lost that.

Miguel said to me, simply: “Whatever you do, we want to work with you for many years to come.” That meant a lot.

LW: When do the doors finally close?
MB: End July. We have to see our Corona work through — it’s all in testing now — and then honour anything else they need us to do for them. We also have a couple of other small projects we have to finish up.

LW: What about your people?
MB: We obviously planned this carefully, and I reached out to a lot of my friends in the industry to find openings for them and I’m happy to say that all have found new homes. These are incredibly talented, committed people. Some are obviously still with me as we see our stuff through, but most have left the building.

That, I confess, makes me sad.

LW: Do you consider The Bull-White House a failure?
MB: Absolutely.

LW: Really?
MB: On the most significant level, yes. Because we did not achieve our goal. On many other levels though, no. We found great people and I believe made them better. We had a strong, curious culture. We did ok financially. We won some serious business against the odds. It was a special journey. But we didn’t reach the desired destination.

LW: What now?
MB: My ambitions remain the same, perhaps even stronger — I want to help to create an environment that produces brilliant ideas for brands and companies. But I am planning to do it from a different angle. I have a few projects with clients working from their side with agencies. However, I do not intend to become anyone’s wife just yet. More a mistress.

On top of that, I am doing a social technology course at MIT. I began life as a computer journalist and my tech obsession continues. I’ll be horribly out my depth. Perfect.

LW: Do you feel the power to create has shifted more to the client?
MB: I feel the power to stimulate innovation has. We have to rebuild the trust between clients and creative partners; we have to diminish the effect of the middle man; use research as enlightenment, not approval. The only way to do this is to produce work that changes companies’ fortunes. Simple as that.

The vast majority of agency/client relationships do not do that. There is an all-consuming (in a black-hole kind of way) aura of uncertainty in most relationships. Brilliant work comes out of an environment of trust — because in that environment, you feel you are liberated to explore.

There is very little of that, hence the reason most of the work consumers see is an absolute embarrassment.

LW: Are agencies still filled with people smart enough to create greatness?
MB: Oh, without a doubt. I hope to prove that from the other side. My philosophy has always been that [we] creatives are children. In order to invent, we need to play. In order to play freely, you need to feel secure.

Just look at kids on a playground. They go wild. But they always glance around every now and again just to make sure mom or dad is there watching over them. I would like to help create that kind of environment between client and agency. Then we’ll see just how talented the people in our business are. 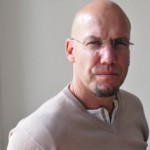 Matthew Bull (@StixBull) founded Lowe Bull in South Africa before become CEO of Lowe London, then chief creative officer of Lowe Worldwide. He sold Lowe Bull in 2011 to start The Bull-White House in New York. Matthew started his career as a computer and technology journalist and is soon to become a student at MIT.

— MarkLives’ no-bull round-up of top ad and media industry news and opinion in your mailbox every Monday and Thursday. Sign up here!