by Colwyn Elder (@colwynelder) As with our local APEX Awards, the UK’s IPA Effectiveness Awards recognises marketing payback. Of note is that this coveted awards-scheme has recently announced a new category prize in 2016 to recognise those commercial campaigns that generate not only economic value, but also value to society.

The IPA is the professional body for advertising, media and marketing communications agencies in the UK. It acts as the industry spokesperson and provides numerous support services to agency members, but is probably best known for its Effectiveness Awards.

Globally recognised as the most rigorous awards in the industry, judges begin with the assumption that there isn’t a positive advertising effect and entrants have to provide “bullet-proof evidence” to convince them otherwise.

Given the now widely accepted correlation between creativity and effectiveness, these are all brilliant, as well as effective, campaigns. However, the IPA, as the international benchmark for making the case for the economic contribution of advertising, brings added credibility and gravitas to an area that is still all too often confused with corporate social responsibility (CSR).

“Current business thinking demands that brands define a higher purpose above and beyond ROI or profitability,” says new IPA president, Tom Knox, “and our purpose is to apply our collective creativity to helping brands articulate and fulfil their potential”.

As such, the Effectiveness Award forms part of a new IPA agenda that demonstrates and celebrates both the economic and societal benefits of advertising — the values as well as the value of what we do.

“This is not hippy do-gooding,” says Knox, “but a business imperative”.

I’d say it’s also an advertising imperative. And, if the brands we work with lack purpose, it’s our role as agency and strategic partner to help them articulate one, so that we may all do well by doing good. 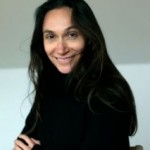