by Arthur Goldstuck (@art2gee) The announcement of Samsung Pay, in direct competition with Apple Pay, is a signal that payments with mobile devices are growing up.

Once a year, Barcelona plays host to an event that signals the key shifts in mobile technology, setting the agenda for personal gadgets for the rest of the year. Mobile World Congress 2015npushed the boundaries just a little further than usual. 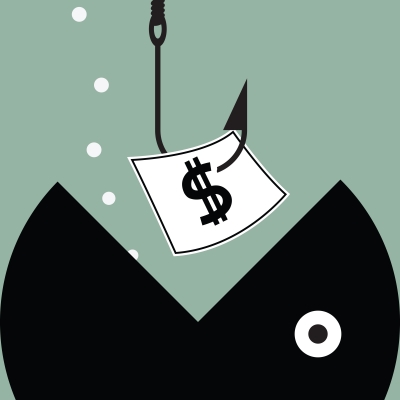 Image by jesadaphorn courtesy of FreeDigitalPhotos.net

The most significant announcement of the week was not a device, however, but a new way of doing something as old as civilisation: making payments.

When Samsung unveiled its new Galaxy S6 and S6 Edge, it also declared the next phase in its war with Apple. Back in September, Apple had announced the iPhone 6 and 6 Plus, along with a payment system called Apple Pay. The similarity in names is no coincidence. Samsung wants to make it clear that, not only is it playing in the same space as Apple, but it is doing it better.

Apple Pay works through NFC, or near-field communication, which allows the sending of data from one device to another with a single tap. That data can include files, photos and payment or transactional information, if it has been set up in advance. As a result, a single tap, authenticated via the fingerprint sensor on the iPhone 6, can conclude a transaction at an NFC terminal in a retail outlet.

Samsung Pay goes a step further. While it also offers fingerprint verification and NFC, which is still in limited use in the retail world, it ups the ante with MST, which caters for the vast majority of retailers who still use magnetic stripe card readers.

MST, for magnetic secure transmission, allows a device to be placed alongside a card terminal and send a radio signal that mimics the interaction of the magnetic stripe on a card with the terminal. It instantly allows Samsung Pay to be compatible with any retailer in the world that accepts credit, debit or payment cards.

Samsung’s leapfrog over Apple was made possible by its acquisition, earlier this year, of a company called LoopPay, which describes itself as “the world’s first mobile wallet solution that allows consumers to pay with their mobile devices at most places and leave their wallets at home”.

The LoopPay solution, as it existed prior to last week’s announcement, consisted of a LoopPay App and a LoopPay device, which worked in tandem.

“The App manages and securely stores all payment cards including credit, debit, loyalty, and gift cards on the device,” LoopPay explained. “Currently, we offer the LoopPay Card, CardCase, and a stand-alone Case for iPhone 5/5s, 6, and 6 Plus.”

The company’s explanation of how LoopPay works provided no inkling of the scope of Samsung Pay, as it implied any manufacturer could use it. Samsung turned the market on its head with one simple innovation: it built the LoopPay technology into the Galaxy S6 and S6 Edge, instead of providing an accessory device.

The result is that the phone merely needs the app to be activated for it to run Samsung Pay. It also means that the accessory case for iPhones is almost instantly obsolete.

The service is initially being launched in Samsung’s home territory, South Korea, and in the United States – a direct challenge to Apple. There is no timeframe on its roll-out elsewhere, which suggests Samsung is initially more focused on taking on Apple than on serving consumers.

That is also, most likely, the reason for the cut-and-paste branding of the payment service. It may be the snappiest possible title, but calling it Samsung Pay is also the most sincerest possible form of flattering Apple. If the wheels come off this particular bandwagon, it will be more than a financial disaster for Samsung.

Later this year, American retailers will be required to implement EMV (Europay MasterCard Visa) “chip-and-pin” terminals, which may well have to include NFC technology. That opens the rest of the US market to Apple, but still leaves Samsung with a global edge.

In the meantime, other challengers are likely to emerge. Rumours have already surfaced that LG Electronics will build payment technology into the next version of its flagship phone, to be called the LG G4. Numerous mobile payment applications will also have to change their game or find a way to integrate or add to the two Pay systems.

Google Wallet, which was once expected to dominate mobile payments, is fast fading into the background. Its near-demise is a timely lesson to the Pay masters of the mobile world that market domination in one arena does not automatically lead to market success in another.