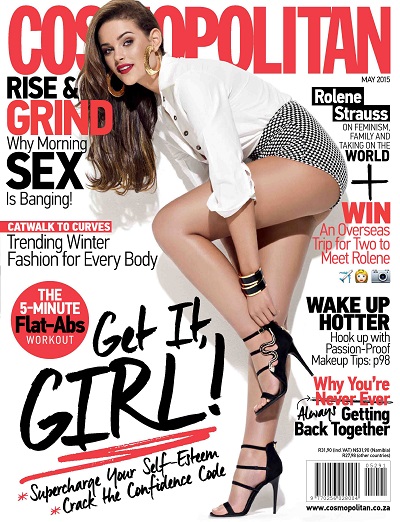 Sjoe! Rolene Strauss, our Miss World 2014, is rocking this cover!

It only happens about once a year that Cosmopolitan SA uses a South African personality on its cover, and its nailed it with its choice this year, as she doesn’t have to stand back for any international personality — and looks the part! 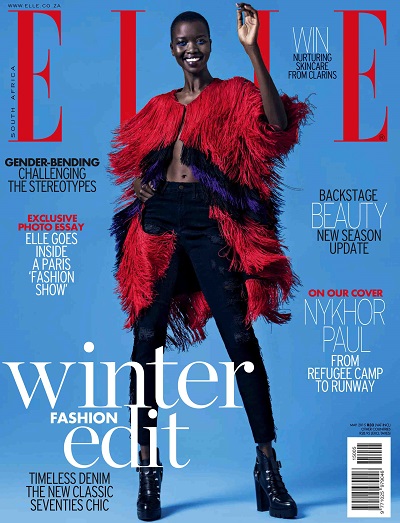 Another beauty from Africa, this time South Sudan, is Nykhor Paul, who’s currently making a big name in fashion and walking at Paris Fashion Week.

ELLE states on its cover “From Refugee Camp to Runway”, which makes this cover even more powerful to me, what with all the unrest and xenophobia happening in SA.

A true beauty who people will remember for a long time still, thanks to this striking and beautifully bright cover.

Read more about this issue here. 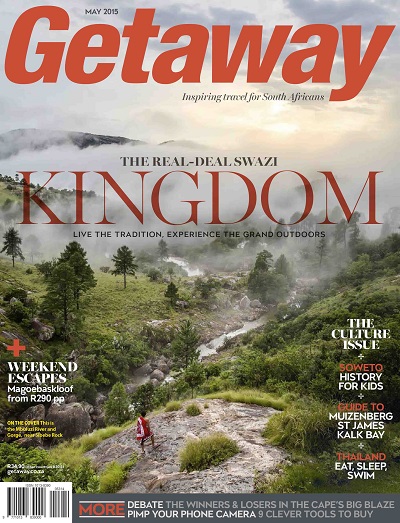 SA;s beautiful neighbour, Swaziland, is a cover-star this month, showing her true colours, beauty and uniqueness — Getaway ticking all the boxes! 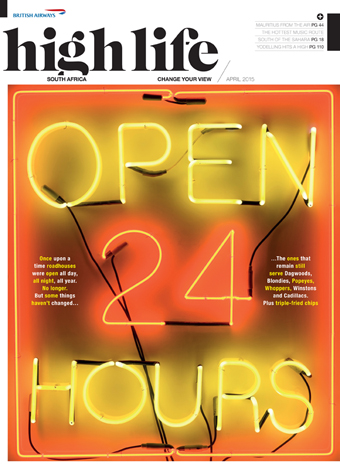 I spotted the April 2015 cover of BA High Life (SA a bit late this month, but it definitely still deserves a place this week. Great concept + cool image + smart writing = taking its cover story to the next level.

Every July, Men’s Health would publish its (hot) Sex Issue. And, every year, the cover image/treatment would be relatively similar… I even wrote about it and compared the previous Sex Issue covers with each other, querying the similarities.

Its new Sex Report Issue has now moved to May, and I’m really happy to see that the team has changed it up, and it looks not only great, but SEXY! There’s something about not seeing the faces completely which makes it all just so much more sexier and impactful.

The mysterious faceless models are Lucas Garcez and Rafaella Consentino, but luckily they feature properly inside this issue… 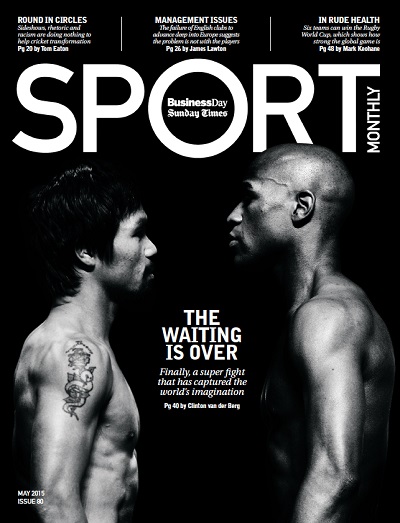 Closing off this fighting battle between SA magazine covers to feature on my weekly MagLove list is Business Day and Sunday Times’ Sport Monthly magazine, with this knockout black and white cover!