by Herman Manson (@marklives) The One Club, a non-profit advertising organisation of One Show Awards and Creative Week fame, recently appointed Ross Chowles of The Jupiter Drawing Room (Cape Town) to its international board of directors.

Chowles went to his first One Show in 2001; since then, he has been 11 times, and is also a regular lecturer at the One Club’s workshops held annually in China. 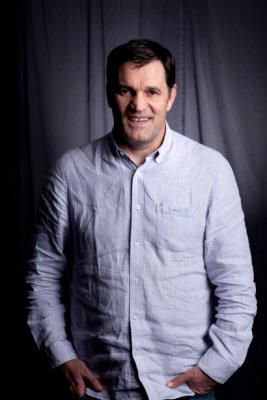 The One Club itself has been active in China since 2001 through The One Show China, and opened a permanent office there in 2005. It views the country as a key player in the global advertising and marketing trade. Apart from the awards show, it offers a conference and accompanying workshop there.

With an international board now in place, The One Club is looking to extend its reach into key markets, including South Africa (and eventually the rest of Africa).

Chowles says he has always been keen on bringing the workshop element of the One Show to SA. He has been involved with educational initiatives at his own agency, and through his Bright Talks initiative.

The difference between teaching to staff and teaching to students is that staff members don’t listen, quips Chowles. He is currently pulling together a five-day workshop to kick off in July 2015 that will link high-profile local creative directors and students in an intensive study session in Cape Town. The workshops will only be open to black students — a bid to help fast-track more black talent into local adland.

Chowles is critical of current levels of workplace transformation in creative departments at ad agencies. He intends to rely heavily upon current black ECDs to inspire students and show them that there are viable career paths for black creatives within ad agencies.

The programme will take in 30 matric kids and young talent from local ad schools. Prospective programme participants will be asked to come up with ideas for a brief from one of the sponsors, and the top percentage will be invited for the actual course. They will work in teams on briefs, overseen by mentoring creative directors, with lectures in the evenings. The focus will be upon building knowledge and confidence among students.

In China, the workshop certificates have helped many candidates improve their job prospects improve, and Chowles hopes a similar phenomenon will take place locally.

Eventually, the plan is to take the workshops beyond SA’s borders — but is a long-term project for now.

Award shows have many positive contributions to offer the industry, says Chowles, including pushing teams to be more creative, but he warns against the pursuit of awards for the sake of them. He says that, although he represents the One Club in SA and is actively engaged with award shows, he resents the industry’ obsession with award rankings.

He is of the opinion that clients lose trust in agencies when so much of the work they see at some award shows consist of pro-bono work or just plain scam. Clients need to see work that works for them, he believes.

“A culture of winning (awards) at all costs perverts our trade,” observes Chowles. “Sometimes you win; sometimes you don’t,” he muses, “no point obsessing about it.”

Chowles hopes the One Club lectures, as well as a One Club creative director’s retreat he is planning for later in the year, will bring together senior industry players outside of actual award shows. “We need to interact as an industry beyond just the Loeries and share knowledge in a non-competitive environment,” he says.