by Emma King (@EmmainSA) There has been many a client which has asked how it could build its profile and reputation, asking me to “PR” it and make it a loved household name. And it would be easy enough to sell a PR approach that promised a bunch of press releases in return for instant fame and adoration. 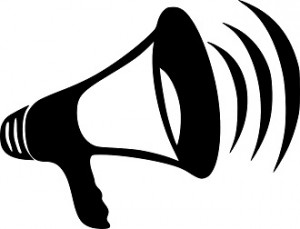 But those brands that are loved and revered are not those which have sent out a million statements about how great they are or what they have achieved.

They are the ones that have quietly gone about doing their job really well, and growing the reputation and column inches as a result.

And this is important, not only for the CEO’s ego, but also for the bean counters behind the scenes, because it has been proven time and again that those companies that have a good reputation benefit in a myriad of ways — from attracting (and more importantly) retaining the best talent through to a strong bottom line.

Let’s look at a South African success story for some insights. And what better than South African Breweries (SAB), which has grown from being a small local brewer to a world leader?

Obviously, there’ve been a number of business decisions made along the way that made it the force to be reckoned with that it is today — from water-tight and extensive distribution channels to strong and innovative brand development and marketing.

But at the heart of this is the aim to be a company that has an authenticity at the core, whether it be using its flagship brand Castle to join the fight against rhino poaching or building ways into the management and building of its breweries that have an understanding of sustainable growth at its core.

It would have been easy to slap a “Responsible Drinking” logo on every drink and tick the box of “good marketing”. But, instead, funds are channelled into carefully researched, on-the-ground projects — from educating taverners on responsible trading to the development and funding of entrepreneurs and startups.

The resulting effect is a place in which employees and consumers have a sense of pride and ownership, and that loyalty pays off multiple times over when the end of the year’s financial results comes in.

The learnings for us, as communicators, are many.

First, I would say that it doesn’t matter how good a PR team you have on board if the core of your offering is not strong and authentic; it will never gain traction. We all know that famous saying about the futility of polishing things that rhyme with words.

Secondly, there needs to be an inherent understanding — in the boardroom — that there’s a value in a strong reputation that cannot be measured. And that the PR or marketing team is not the custodian of this — it lies instead with the whole management team, who needs to let the philosophy and values run through everything that is done.

And, lastly, it is the understanding that the reputation of a brand or business is not made through press releases and holding statements in times of crises. It is made up of all of those little moments and encounters that people have with it — from what they read in a newspaper or see on social media down to their impression when they arrive in your reception or how they are greeted by your security guard. 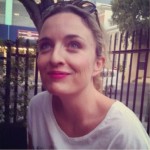 Emma King (@EmmainSA) is the owner and MD of The Friday Street Club (@TheFridayStClub). Previously, she was head of PR at The Jupiter Drawing Room (Cape Town). She contributes the monthly “The Dissident Spin Doctor” column on PR and communication issues to MarkLives.com.