by Felix Kessel (@FelixAK) How does African advertising stack up against the global standard of creativity? Stop and think before you provide a reflex answer to this seemingly simple question.

Almost every single time I meet a creative from the US, or Europe, I am asked the same question: How does African creativity stack up these days? 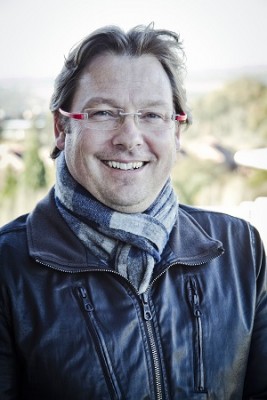 I want to shout out to the world that African creativity is alive and well, and kicking creative ass. Unfortunately, I know that this response will only prompt a request for examples, and the reality is that — South African work aside — these examples will be largely met with polite smiles.

[And create the impression that I lack any creative discernment.]

I am generalising here, so forgive me in advance. But, by and large, African advertising outside of the more mature South African market, is best described as raw. It never quite reaches the levels of self-confidence of American communication and you may argue that it lacks the subtlety of work out of Europe or the unafraid multicultural humour of SA advertising.

But that does not mean for a second that it lacks creativity.

When was the last time you saw a brand give away a business, such as mobile operator Tigo did in Tanzania, when it gave away 90 bajajs (tuktuks) as part of a promotion, offering winners a chance to start their own business, and in this way take control of their own destiny?

And who would have the temerity to hijack a competitor brand’s ambassador, as MTN did when it recently launched mobile number portability in Nigeria? The campaign wasn’t polished but it was really risky. It was also relevant and incredibly clever, and the results proved that it was worth the risk.

These are undeniably creative ideas, rooted in a deep understanding of the target markets’ lives and aspirations. Because of this, they connect and resonate with consumers, transforming the brands that they represent into African Superbrands.

Unfortunately, it’s not always easy to spot these African Superbrands, because they lack the sparkle of American and European Superbrands. Production values aren’t always up to international, award-show-determined levels; the details aren’t picture-perfect and the campaigns are seldom tied up in a neat 360-degree package because the media available is not as predictable or measurable.

Set by the likes of Nollywood

What African creativity lacks in polish, however, it more than makes up for in power.

To a large degree, this is because production standards are set not by Hollywood, but by the likes of Nollywood. Ads created at this level are completely acceptable, and widely loved.

It is also because Africa (as they say in the classics) ain’t for sissies. This is a tough continent, and its people are less impressed by the packaging and more interested in the actual product and what it can do to improve their lives, and the lives of their children.

A good example of this is the Sunlight Ray of Hope campaign which ran in Zimbabwe last year, and saw communities working together to collect Sunlight wrappers in exchange for boreholes for their communities.

Could it be that the rest of the world has lost sight of what creativity is, and how it should be judged? Should creativity be defined by perfect production, pretty pictures and neatly-presented packages?

Unfair to compare apples to oranges

Yes, but only in part. Even a five-year-old will tell you that it’s not fair to compare apples to oranges, so why is it that everyone insists on comparing advertising that emanates from Lagos with that which is made in Los Angeles?

Personally — and particularly when we are attempting to judge African communications against American or European advertising — creative judges need to start looking at African creativity within the African context.

Because Africa is indeed brimming with original thought. And, by that standard, African creativity is indeed alive and well and kicking creative ass.

Felix Kessel (@FelixAK) is CEO of Owen Kessel Leo Burnett. He knows that Africa is not one, big homogenous land mass. He also knows that he is going to be lambasted for referring to the continent as such, but begs your indulgence for the sake of getting his point across. And, yes, he knows that South Africa is part of Africa too, but he also knows that you know that the SA advertising arena is quite often less African than it should be.