Tech Law: The FPB’s absurd plans to regulate the internet

by Paul Jacobson (@pauljacobson) The Film and Publication Board intends regulating the internet by 2017. That includes your video clips from your family holiday or your pets doing hilarious things with doggy toys.

According to the FPB’s 2014 Strategic Plan, its goal statement when it comes to online and mobile content regulation is to:

“Establish an efficient and effective online and new media content regulatory strategy for the country.”

“… The need for a specialised strategic initiative was largely borne out of the realisation that online content media content is fast becoming one of the most popular media distribution platforms in the country. The FPB currently has limited capacity and procedures for the regulation of content distributed online and mobile platforms. Current procedures of the FPB focus on submission of physical material which is perused by classifiers prior to reaching a classification decision. The organisation now has to investigate innovative mechanisms that could be used in regulating this sector, without delaying the rapid pace at which it distributes contents. This means FPB regulation has to be seen to be encouraging the growth and development of this industry, whilst also providing the necessary consumer advice and protection of the most vulnerable in our society.

“The programme will entail setting up of the infrastructure necessary for effective regulation of the Internet, recognising the global accessibility of this type of content, the volumes of the content which will make it impossible to classify this content in the traditional mechanism of classification of content, proliferation of user-generated content, the convergence of technology making the similar types of content being available on the different platforms and 24 hours’ access to everyone including the minors.”

In other words, the FPB has come to the realisation that the internet is a popular content-distribution platform and it has embarked on a process of expanding its capabilities to ensure “effective regulation of the Internet”. 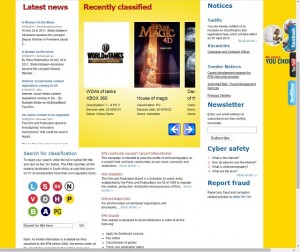 Few people would rationally argue that child pornography shouldn’t be rooted out wherever possible and perhaps even that the FPB is an important body in that fight but the persistent justification of the FPB’s expanding reach into otherwise Constitutionally protected forms of expression on the basis of child pornography is reaching absurd levels.

There is so much about the Films and Publications Act and its regulations that is impractical, out-of-touch with our digital lifestyles and, at times, so outrageous that it is difficult to know where to begin critiquing it. For the purposes of this article, I’ll focus on one of the growing forms of online content: online video.

The act focuses on three content types: publications, film and games. It defines “film” as follows:

Section 18 of the Act has a pretty broad scope when it comes to films and games:

(a) register with the Board as a distributor or exhibitor of films or games; and

(b) submit for examination and classification any film or game that has not been classified, exempted or approved in terms of this Act or the Publications Act, 1974 (Act No. 42 of 1974).”

The FPB’s Frequently Asked Questions on its website includes the question, “Are there films that don’t have to be classified?” with the following answer:

One of the key terms used in section 18 and elsewhere in the act is the word “distribute” which is defined as follows:

“‘distribute’, in relation to a film or a publication, without derogating from the ordinary meaning of that word, includes to sell, hire out or offer or keep for sale or hire and, for purposes of sections 24A and 24B, includes to hand or exhibit a film, game or a publication to a person under the age of 18 years, and also the failure to take reasonable steps to prevent access thereto by such a person”

Synonyms of the word “distribute” include “circulate, issue, hand out, deliver, convey, transmit”. A dictionary definition of the word (what the act’s definition alludes to as “the ordinary meaning of that word”) is the following:

What emerges from this brief analysis of the act’s application to “film” is that “any person” who intends sharing or conveying (or exhibiting) a video to other people in SA has to submit the video to the FPB for review and possible classification.

If you have produced a harmless video (no sexual content or otherwise offensive material) which you would like to publish to YouTube or Facebook and share with friends, family or your group of followers who happen to be in SA, you may be required to submit that video for review. This would even include your Twitter Vine videos and animated GIFs!

If classified, the classification may be permissive but bear in mind that you will also be required to pay “the prescribed fee“ which, at the moment, includes:

You could apply for a classification exemption of a “film in home entertainment format” at a cost of up to R1 410 (subject to the discretion of the FPB’s executive committee). It seems you can also opt for a licensing fee of up to R750 000 for “on-line distribution” instead of a classification (this part isn’t clear but this item is under the “Exemptions” list).

The latest regulations, dated 20 March 2014, reinforce these requirements and prescribe the procedure to follow to submit films for classification, once the person has registered and paid the prescribed fees.

Although the act is focused on putting a stop to the distribution of child pornography and limiting access to adult content, its scope is so broad that it encompasses virtually any form of content that any person may want to share with anyone else in SA. That means people sharing short videos of cats in Instagram, videos of day-to-day events on YouTube or whatever else (of a non-explicit or offensive nature) people decide to capture as videos and upload to share are supposed to register with the FPB as distributors and then submit their humble video clips for classification.

Of course, there are prescribed fees which must be paid for all of this. You’d be excused for wondering if the FPB falls under the supervision of the Treasury. In the meantime, the scope for “distributors” who fail to comply to be heavily penalised or even jailed is alarmingly real.

The act’s objectives seem reasonable enough (stopping child pornography and child exploitation are important objectives) but the act seems to have been written by lawyers who don’t use the internet and are blissfully ignorant of just how people use it to share inoffensive and harmless content, not to mention the fact that the internet’s architecture was designed to circumvent censorship.

It is an impractical law and enforcing it is likely to waste taxpayers’ money as the FPB seeks to increase its capacity in an attempt to achieve the impossible goal of “effective regulation of the Internet”. 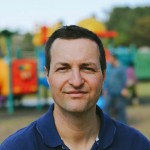