Ad of the Week: The mother-trucking big burger

by Oresti Patricios (@orestaki) Fast food is an incredibly competitive segment of the market that hots up even more when it comes to the chicken wars, with the likes of Chicken Licken pitted against KFC. Chicken burgers aren’t easy to differentiate; that’s why, when it comes to advertising a poultry patty between two bits of bun, ad agencies have to work hard to grab people’s attention.

Chicken Licken delivers a power punch with its new television commercial, which is a whole barrel full of chuckles. It’s an advert that’s big on humour, entertaining and memorable. Importantly, it communicates value for money in a market where the bottom line is all about price and size.


The hero of this advert is the Big John Burger, a ‘super’ large double-decker chicken burger. The TV commercial was produced by Net#work BBDO for Chicken Licken, and plays on the idea of size by telling the story of a scrawny man who is willing to go to incredible lengths for a Big John Burger.

The casting is the first thing that stands out for me — the protagonist in this commercial flick is a scrawny, undersized fellow — which only adds to the laughs and delivers a bigger impact. 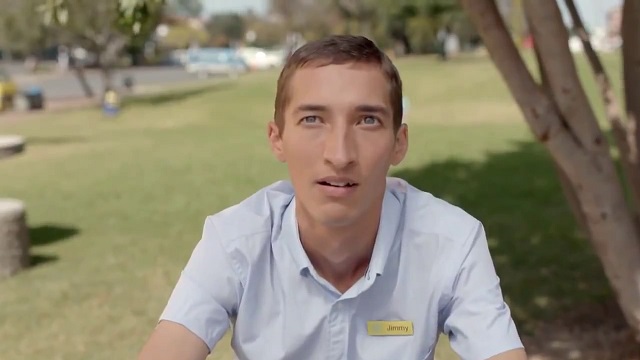 We first see Clucky McScrawnerson eating his lunch in a park — a humble sandwich from a container made of that plastic home executives love. But then our slim shady looks up, and sees a poster with a huge chicken burger.

The text next to the burger reads “You need to be a trucker to eat like one.” The camera tracks in on the guy’s face and we can see the love-light in his eyes. Cut to a montage of Jimmy (that’s the moniker on his name tag) as he learns how to drive trucks. Big trucks.

Time after time he fails the test, but eventually young Jimmy triumphs and can go on the road as a trucker. Even though he’s almost too small to see over the steering wheel, Jimmy travels across the country. 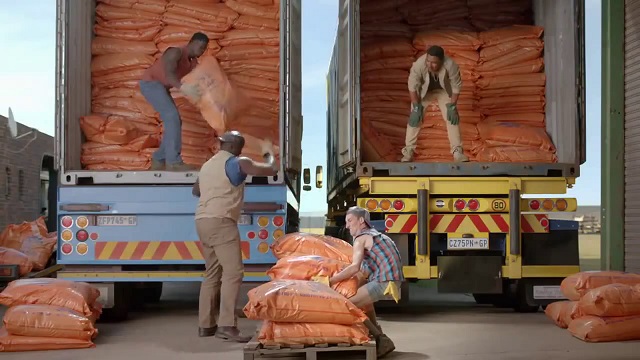 During these adventures, slim Jim is pictured in many a humorous situation — trying to load huge bags onto the truck, mimicking other truck drivers in the pub, dealing with a flat tyre in the rain. The viewer learns to love plucky Jim because he truly gets into the mother-trucking lifestyle.

At last, Jimmy returns to the park where we first saw him, and this time he has his Big John burger in hand. Let’s face it: he’s really earned the big bite. In fact, now Jim has a better hairstyle, and he even looks somewhat beefier.

As Jim is about to lift the Big John burger to his mouth, he looks up and spies the giant poster once more. This time the wind blows a tree branch that was partially obscuring the text, to reveal the full message: “You don’t need to be a trucker to eat like one.” 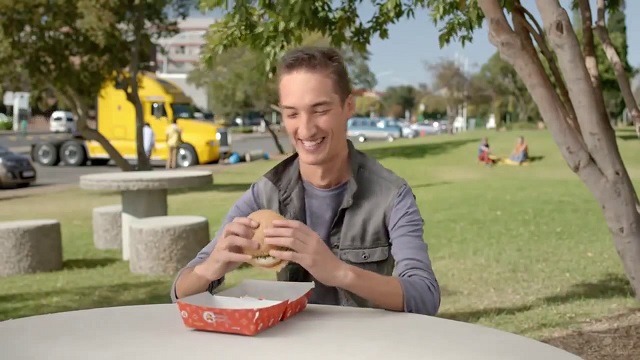 This is a neat little punch-line, and the expression on Jimmy’s face tells the whole story.

The direction, by Trevor Clarence, creates just the right balance of quirkiness and pathos, while the soundtrack, an original composition by Simon Ringrose (from Say Thank You Studios) matches the mood and style perfectly, with its percussive, infectious vocal beat. There is no voice-over, as none is needed — the message is clear and simple without being obvious.

Chicken Licken has often used humour before in its advertising, sometimes poking fun at South African stereotypes, and this ad certainly continues the tradition. According to Chicken Licken’s founder, George Sombonos, demand for the Big John increased by 25% after only one week’s flighting of the commercial.

Congratulations to the team at Net#work BBDO and production company Your Girlfriend for a slick, well-executed ad that had me chuckling long after the end of the ad had come and gone.