AdForum Worldwide Summit: The agency that doesn’t pitch or do govt work

by Johanna McDowell (@jomcdowell) Sao Paulo: The city is huge, vast, goes on for miles and miles.  One of my advertising colleagues in Mozambique refers to it as the “crazy cement city” – it is a good description.

Lots of high rise buildings, lots of street poverty.  It is a classic South American city – although so far I have not seen any beautiful 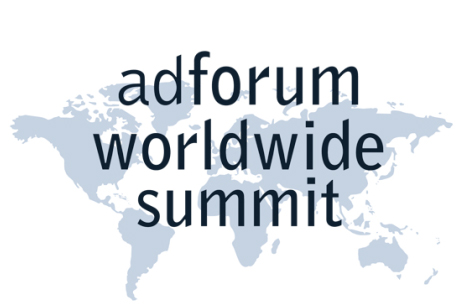 historical buildings – such as they have in Lima, Peru.

I’m here for the the 2014 AdForum Worldwide Summit, a “by-invitation-only” programme for agency search and management consultants and global agency CEOs.

Sao Paulo is multi-cultural and quite fascinating.  The traffic is chaotic – but the people are charming and welcoming – that makes a huge difference.  There are a huge number of TV channels and radio channels, all commercial. Billboards are everywhere.  Clearly advertising has a big role to play here.

It will be great to meet all of the international consultants again including some intermediaries from Argentina, Brazil, Chile and Mexico. Other than that, representatives from France, Germany, Spain, UK and the USA as well as, of course, South Africa, will all be here.

What is really important is that the worldwide CEO’s of these groups have flown in for the Summit – which tells us how important it is.

Grupo Consultores – a specialist research company who collect data on agencies, media and clients – provided us with a comprehensive overview of the ad industry in South America/Latin America.  They really set the scene for the Summit.  The big learnings of the day:

Brazil is the predominant player with 200 million population
· 80% of the ad industry/turnover is focused in Sao Paulo
· The law does not allow media-only agencies to operate
· All media is bought via the full service agencies – so it is like stepping back 20 years in South Africa when media was planned and bought this way too.
· Agencies are truly full service as a result and agencies have to have media planning and buying skills
· Media is dominated by TV.  TV has seen enormous growth in the last 20 years – very like South Africa – as there are now people who were too poor for TV who now have a TV.
· 130 TV channels
· Biggest TV media owner dominates with 60% of the market – the rest are much smaller players but growing
· Brazil has many similarities with our country as it is an emerging market
· Brazil won 115 Cannes Lions in 2013 – it is a national record for them and they are enormously proud of it
· Low inflation around 5%

Argentina
· Economy is a bit of a basket case
· Inflation currently around 40%
· Every ten years a dramatic event affects them
· High levels of creativity in the industry – and they are very proud of the fact that several of the leading global creative directors are from Argentina
· It is creativity that saves them – they say.

The rest of the countries in South America have smaller ad industries and a lot them are linked into the major players in a hub and spoke pattern much like we have in Africa. All of the major ad networks are present in Brazil.

BETC
· Opened in Brazil six weeks ago – led by two highly awarded people – one a leader in digital and the other the leading creative in the country ( started Lowe here)
· International network with offices in Paris (700 people) , London and now Brazil
· Part of Havas Group but very independent
· Came to Brazil as it is a growth market
· Highly creative and fully integrated – major clients are Evian, Peugeot
· Looking at Africa for future development – after New York next year

TV GLOBO
· Dominant media player in Brazil
· TV viewership has increased over the last 20 years as mentioned before
· Better quality TV, more programmes to watch
· Newspaper readership seems to have declined in favour of TV

Globo produces 90% of its own content.  The top 30 programmes watched on TV in Brazil are made by Globo.  All media space is booked through the agencies.  No clients go directly to the media.  All negotiation is done through the agencies.  Surprisingly – TV GLOBO is privately owned – not government owned. Strong focus on editorial independence. 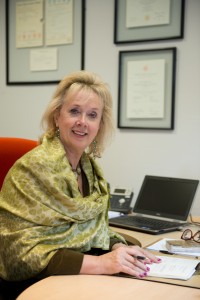