Tech Law: What the tobacco ad ban can teach the liquor industry

by Paul Jacobson (@pauljacobson) The Minister of Social Development, Bathabile Dlamini, gave a briefing on the proposed Control of Marketing of Alcohol Beverages Bill, in September 2013 which began with the following introduction: 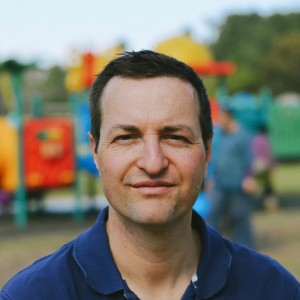 On Wednesday, 18 September 2013, Cabinet approved that the Control of Marketing of Alcohol Beverages Bill should be gazetted for public comment. The intention of the Bill is to reduce the exposure to the advertising and promotion of alcohol.

The harmful use of Alcohol has significant negative impacts on individuals, families, communities, the economy and the country as a whole.

This proposed legislation has many in the liquor industry concerned for a variety of reasons which include the impact on the industry itself as well as on areas where the industry have an impact, a significant area being sports-related advertising. The Bill doesn’t seem to have been released for public comment yet so it isn’t possible to assess the Bill’s likely impact or regulatory framework but legislation governing tobacco products advertising may present a useful preview of what could lie ahead.

The Tobacco Industry May Be a Helpful Comparison

The Tobacco Products Control Act (as amended) established a fairly restrictive framework within which the tobacco industry has been forced to become fairly innovative in order to maintain public awareness of important issues regarding their products. To a large extent they are simply not permitted to market their products so the emphasis has shifted themes that are largely independent of their products. It is a fascinating space because the challenge is complying with the legislation which leaves very little room for doubt while exploring themes which they may not have considered previously.

The key section of the Tobacco Products Control Act is section 3(1)(a) which states the following:

No person shall advertise, or promote, or cause any other person to advertise or promote, a tobacco product through any direct or indirect means, including through sponsorship of any organisation, event, service, physical establishment, programme, project, bursary, scholarship or any other method.

This section includes two key terms which you have to understand to appreciate the section’s scope: “advertisement” and “promotion”.

ii) Being regarded as a recommendation of a  tobacco product

(c) excludes commercial communication between a tobacco manufacturer or importer and its trade partners, business partners, employees and share holders and any communications required by law.’

What does promotion mean?
‘the practice of fostering awareness of and positive attitudes towards a tobacco product, brand element or manufacturer for purposes of selling the tobacco product or encouraging tobacco use, through various means, including direct advertisement, incentives, free distribution, entertainment, organised activities, marketing of brand elements by means of related events and products through any public medium of communication including cinematographic film, television production, radio production or the internet’. The word ‘promote’ has a corresponding meaning.

Here is another way of presenting the parameters: Failure to comply with these prohibitions is a criminal offence and is accompanied by a fine of up to R1 million.

The appellant, a tobacco manufacturer conducting business as part of the British American Tobacco Group, which has a business presence in 180 countries throughout the world, was concerned about the impact the amendment would have on its ability to communicate one-to-one with consenting adult consumers of tobacco products, if the impugned provision were interpreted as extending to one-to-one communications between itself on the one hand, and consenting adult consumers of its products, on the other.

The information the appellant wished to impart to consenting adult consumers of its tobacco products includes the following:

a. packaging changes, which communication will generally be aimed at ensuring that the consumer is aware that the changes to the package are authentic and that an illicit trade package is not being purchased;

b. brand migrations when a product line is discontinued (ie the brands that are most similar in taste and other characteristics to the discontinued product);

c. product developments, which may, for example, be driven by legislative requirements (eg reductions in tar or nicotine levels) or may be made in order to ensure that the product is protected against illicit trade;

e. the launch of new products and new types of products, such as snus;

f. other distinguishing features of a particular tobacco product.

The Court considered a number of constitutional challenges to the legislation’s broad prohibitions and upheld them, rejecting BATSA’s appeal from a lower court. This case is a fascinating read. It explores commercial free expression and policy considerations as grounds for legislation such as this. It also raises a number of factors which could distinguish tobacco advertising bans from alcohol product advertising bans in a hypothetical constitutional challenge to the Control of Marketing of Alcohol Beverages Bill down the line.

What this means is that tobacco companies simply can’t advertise or promote their products at all. There isn’t much room for interpretation or any loopholes to exploit. It also means that tobacco companies have to shift their emphasis to communications which don’t reference their products, product branding or anything along those lines. So what are these companies talking about if they can’t talk about their products? We’re seeing more emphasis on community development through sustainable tobacco farming practices and rural community upliftment in the process. Interestingly, there is also quite a bit of information about the risks of smoking and the products’ composition (these companies can reference tobacco products as long as they don’t mention branded products, brand elements or encourage tobacco use).

In many ways, the legislation appears to have achieved many of its goals. We see tobacco companies becoming more transparent about the risks smokers (and potential smokers) face and how smokers can stop. They highlight the industry’s positive impact on small communities that engage in related farming activities (certainly designed to improve perceptions about the industry but still beneficial to communities that rely on income from their farming activities) and they help smokers understand how the legislation works and what it prohibits.

An interesting theme that has emerged from discussions I’ve had with representatives from one of the tobacco companies is an adult’s right to make an informed choice to smoke and to be ok with that. This is more than a little controversial because it implicitly encourages an adult’s choice to smoke but it is a valid consideration. I am not smoker and I am probably hypersensitive to smoking and do whatever I can to keep my children away from smokers to avoid the impact of second hand smoke but, as a former girlfriend once pointed out to me, many adults are aware of the risks and make a conscious choice to smoke and their right to choose should be respected. A sense of guilt seems to blanket many tobacco company employees and many smokers. The legislations forces smokers to huddle outside more than 20 metres from an entrance to a building. Modern smokers are implicitly ostracised and that may be an unstated goal of the legislation. In its affidavit supporting the Department of Health’s response to British American Tobacco South Africa’s appeal, the Minister pointed out that the legislation’s objectives are as follows:

Perhaps a sense of being ostracised is instrumental in achieving some of these objectives but I wonder at what point consenting smokers’ right to dignity overrides such an approach?

What Could This Mean for the Alcohol Industry?

The Tobacco Products Control Act emerged from a complex social and health policy framework and although the Control of Marketing of Alcohol Products Bill may not have quite the same overhead, we could see similar advertising restrictions imposed (this is pure speculation as we will likely only have clarity on the regulatory framework once the Bill approaches its final form). If these restrictions resemble those in the Tobacco Products Control Act, we could see virtually every means of advertising or promoting alcohol beverages being prohibited.

What does this leave the liquor industry with? For one thing it means no more sponsorships and branded events, let alone lifestyle advertisements implying how sophisticated, cool or attractive consumers will be if they purchase and consume these beverages. Will the liquor industry be able to point to how vineyards in the Cape help boost local communities as the tobacco companies have pointed to local tobacco farmers? Perhaps. What interests me is whether respect for consumers’ informed choice to consume alcohol could come to the fore and whether consumers could find themselves similarly ostracised, even implicitly, and whether the liquor industry will find a voice as an advocate for informed choices made by competent adults? Much of this will likely be shaped by the nature of the proposed regulations going forward.

Another interesting question is what role social media could play in helping the liquor industry remain relevant in a more intensely regulated environment on the social Web? I suspect that the social Web will be instrumental for the liquor industry going forward but it will have to shape its engagement with consumers very carefully bearing in mind the regulatory environment it is about to find itself in. This is one area where digital agencies developing campaigns and strategies for liquor companies are going to have to integrate very tightly with their legal teams to develop new compliant campaigns. Digital agencies simply won’t be able to function effectively if they are divorced from meaningful and informed legal and compliance input. The alternative may be missed opportunities to engage with consumers in potentially different ways which may not be apparent to digital marketers ignorant of legal and compliance nuances.

The only thing that is clear at the moment is that this is going to be a fascinating space to watch.

Paul Jacobson (@pauljacobson) is the founder and director of Web•Tech•Law/CC BY-SA 2.5