by Herman Manson (@marklives) The Bookmarks Awards, the digital-centric advertising and publishing awards show, is reaching a tipping point, one that will either see it evolve away from its digi-only roots into something covering more integrated work, or see it link up with another award show to focus on a digital niche within more mainstream work. 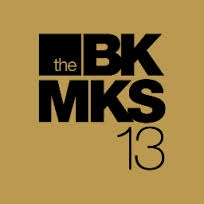 Nikki Cockcroft, chair of the Bookmarks Awards, says while it remains uncertain which way — or even on what timeline — the Bookmarks will evolve to have the most impact, the blurring of digital/traditional lines in the ad world makes such an evolution essential.

Cockcroft is asking and answering a key question facing digi-centric industry associations and award shows everywhere. If you were created for people functioning in the digital silo, and the digital silo is bust, just how relevant are you? It’s a brave decision to face up to the question and to seek viable answers that serve your key constituency.

In terms of the actual awards event this year, Cockcroft says entries are up, to over 600, from around 582 last year. Entry fees were unchanged this year, even as The Loerie Awards announced a significant increase.

The Bookmarks has also expanded its pool of judges to over 70, increasing its reach into the broader industry (it has always been an oft-repeated complaint that the awards show reaches only to a limited pool of industry personalities, a complaint the organisers seem keen to address). It has also brought in specialist judges and members of the Creative Circle onto its judging panels.

The Creative Circle’s involvement is hopefully a precursor, says Cockcroft, to the Bookmarks making it onto its points system next year.

The list of finalists announced this year shows an increase in entries and finalists from “traditionally non-digital agencies” (including Ogilvy & Mather Cape Town, TBWA\Tequila\Johannesburg, Ireland/Davenport, M&C Saatchi Abel, 1886 and DDB SA), as well as a number of niche agencies breaking in. Categories that have seen significant entry growth included online video, integrated work and mobile.

Looking at the Best Agency shortlist, the more-integrated future of the Bookmarks isn’t showing yet. Finalists consist of a range of digital-centric agencies, including NATIVE, Retroviral Digital Communications, Hellocomputer, Liquorice, Quirk and World Wide Creative. Cockcroft says the awards show takes into account how well an agency does at the Bookmarks in the year it makes the shortlist, rather than being a reflection of the South African agency landscape at its broadest.

All the Best Agency finalists are asked to pitch to judges as to why they should take home the award, and the judging panel are able to interrogate the agency before they make their decision, which seems a smart way of handing out the night’s premier award trophy, and is something the Loeries could consider doing before handing out Grands Prix in the future. It would certainly be an effective way to ensure only the best, legitimate work take home the big prize.

Talking of which, the Bookmarks focuses heavily on results, with 40% of the judging score across most of the categories reserved for results, 20% for the creative concept, 20% for execution and 20% for the effective use of the appropriate technology. Results from the scoring platform are final.

This year’s breakout agencies for Cockcroft are NATIVE, which she says delivered really impressive work, and Liquorice, an agency that flies below the radar of many of us, more often than not.

Tickets for the awards evening are on sale now. Gareth Cliff will MC the event, which will take place at Artscape in Cape Town on 14 November 2013.

Hermaneutics is a column by MarkLives.com editor Herman Manson (@marklives). It indicates opinion as much as reporting.