by Faheem Chaudhry (@FaheemChaudhry) Growing up, the ‘brain drain’ was a phenomenon often talked about and highlighted in conversations around struggling emerging markets, particularly in South Africa. But the tides have indeed turned, and as the next generation of marketers in Africa, we find ourselves in a rather exciting place. 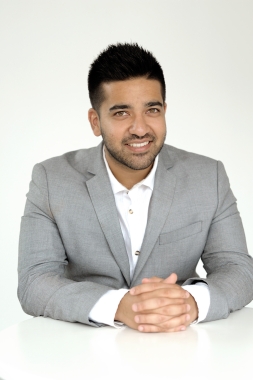 Rise of the emerging markets

On a recent trip overseas, an HSBC campaign titled “The Future Is Emerging” caught my attention. The essence of the campaign is highlighting the rise of emerging markets and their increasing importance on the world economic stage. One of Europe’s largest banks is rooting its communication in the potential of the emerging world, and placing emphasis on its critical global role for the decades ahead.

It got me thinking even more about a topic that’s been on my mind for a while now:

Jonathan Berman, author of Success in Africa: CEO Insights from a Continent on the Rise highlighted this potential recently. He said: “Africa’s economy is growing faster than the economies of all other continents. About a third of the 54 African countries are seeing annual GDP growth of more than 6%”

For young marketers building their careers on the continent today, there are several dynamics that make Africa just the place to be. Here are my thoughts on what makes the next few decades in Africa so very exciting and why we, as the next generation, are exactly where we’re meant to be.

Currently, there’s a large surge of interest in Africa coming from the world’s dominant organisations. One of the largest buildings in the Sandton business district is that of the Chinese development bank. Companies such as Google, Microsoft, Tata, Sahara, Walmart and the like are all investing heavily in their infrastructure in Africa.

However, as any African business person will tell you, we do things a little differently out here. We have a multitude of cultures, languages and social and political nuances that Western entrepreneurs just aren’t used to. This leaves the door wide open for the next generation of marketers to help steer and navigate multinational interest in Africa.

Local market knowledge is absolutely critical to the success of global brands wanting to come and play. As the next generation, there’s an important role for us here.

We need to be the crop who understands how to balance the proven expertise of global organisations with the wants and needs of the African consumer. With the ever-changing consumer environment created by a rising middle class, those who can master this dynamic will have large organisations actively seeking out their guidance and steer.

It’s a great position to be in; best we start practising our juggling.

Two of Africa’s greatest assets are its untapped natural resources and space.

There are various developments currently in planning that will see the world’s most modern cities being built on the continent. Let’s take the Kenyan techno city of Konza, for example.

Often referred to as the ‘Silicon Savannah’, Konza started construction in September this year, and will be finished in 2020. The city is a 2000-hectare development, focused on creating a world-class hub for technology and development.

Like many similar cities in planning across the continent, Konza will be built from scratch, providing an extraordinary canvas for innovation, the application of modern design and the establishment of Africa’s position as the place to do business in the future. Whereas many of the world’s current economic hubs are decades, if not centuries old, Africa is getting ready for business of the future.

These cities are of real significance to the next generation of marketers on the continent. Never before has so much emphasis and investment been given to technology, education, retail and industrial infrastructure on the continent.

The growing capabilities of businesses in Africa will only lead to increased opportunities for African marketers to start playing on the world stage. With each year that passes, the continent will continue to grow in global business presence, with more multinationals starting to take advantage of African cities built for the future.

As much as 25% of Kenya’s GDP moves through M-Pesa, a mobile money solution developed for Safaricom to help facilitate the transfer of money and micro-financing.

Mobile phones and technology are, and will continue to fundamentally change the way Africans are doing business. Never before has the continent been so connected.

Whereas previous generations of marketing may have struggled to communicate and engage with a large part of the continent, young marketers now have the ability to spark and deepen conversations with consumers on all parts of the continent. This trend will continue to grow from strength to strength, as penetration moves closer to 100%.

The fundamental ability of marketing on the African continent is moving at a rate like never before. As the next generation of marketers, the increasing role of technology in connecting the African continent places us in a position of possibility like no generation before us has had. Distance and geographical barriers are no longer constraints to creating conversations between consumers and brands.

No better place to be

Africa is at an important time in its journey. Growing business interest, as well as development of modern infrastructure and technology, makes Africa an incredibly dynamic business environment for the next crop of marketers to operate in. There’s no better place to be than where we are right now. Just watch the next 10 years — Africa is rising.

Faheem Chaudry (@FaheemChaudhry) is a passionate marketer at M&C Saatchi Abel. With a focus on the future, his aim is to better entrench the importance of creative thinking to solving critical business problems. Faheem contributes the monthly “Millennial Ad-grad” column to MarkLives.