by Herman Manson (@marklives) There are many lessons to be drawn from the current fracas surrounding MetropolitanRepublic being caught out for failing to adhere to the submission rules of The Loerie Awards. 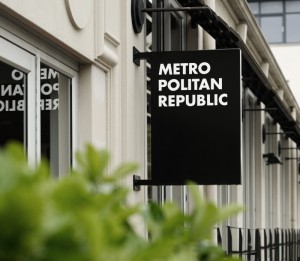 Played on our emotions

I think what really shocked people in terms of this specific entry, and this might well, Mr Human, explain why the mainstream media interest in this story has been so intense, is that the entry video played so well on our emotions when it comes to the lives of children, of poverty and of education.

It quite cynically, to my mind, exploited imagery of some of the most vulnerable sections of our society, and played on the audience, and obviously judges’ hope (even in own our reporting on the event night we called the ‘work’ brilliant) that we, and our industry, can make a positive impact on the lives and futures of children in economically vulnerable situations.

Consumers have become much more aware of businesses initiatives aimed at positively affecting society. It’s become essential for brands to invest in this space, to show sincerity in their attempts to invest in a healthier society — and realising that those seemingly happy ‘Ugandan’ kids were not Ugandan kids, nor have they seen any of the benefits (yet — if you give MetropolitanRepublic the benefit of the doubt) this campaign promised, it sticks in the throat.

Another Grand Prix-winning entry, Engen’s “Fire Blanket Calendar” campaign by Draftfcb, also promised to have effected “real change” (to quote the video) in fighting fires started accidentally through use of paraffin in South African townships.

Sadly, the concept wasn’t economically viable, and only ‘several’ hundred calendars ever made it into homes of those it promised to benefit.

I’m not equating ‘Fire Blanket Calendar’ with MetroR’s Project Uganda. It would appear that all the entry criteria set by the Loeries had been met in this instance. And the idea is — I’ll put my hand up and say it — very very smart. But it has failed the brief (“affect real change”) and benefitted, on the evidence available, nobody as much as it did the agency. That’s not social responsibility.

Look smart vs impact with scale

It feels as if an important segment of the advertising industry still views CSI as something that needs to look smart in corporate videos, rather than something that impacts positively and authentically on communities and, when you talk about industry giants such as Engen and MTN, preferably with scale. 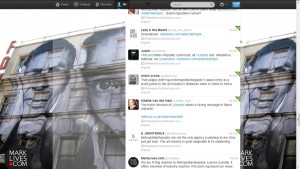 This also links in with a tweet by Wallace Seggie on the whole debacle. Seggie noted that, through the slick use of video, we can “amplify the smallest idea”.

It was David Nobay, creative chairman of Droga5, who told delegates at the Loeries Seminar of Creativity last year: “Awarding winning work has become a matter of looking at a piece of work and having an immediate reaction [on the judges’ part] to it before moving to the next piece.”

It’s an insight that seems to have been amplified by the effective use of video entries that tugs at the heartstrings of award judges, and the rest of us as well.

Also on Twitter, Clint Griffin (head of visual communications at Vega — the School of Brand Innovation) commented on the industry fixation with big ideas when engagement and transparency are, at the very least, equally important.

Finally, freelance writer and photographer Anton Crone, who has been investigating the campaign since shortly after its won Grand Prix, noted earlier this week on MarkLives the ad industry’s blindness when it comes to Africa. Crone wrote that “… perhaps we are so far removed from the realities of Africa that we would rather believe the hype instead of facing the gruelling challenges?”

Crone calls for complete dedication to the task of delivering on corporate CSI mandates, not the awards. I’ve not found anybody who has said it better than that.

Hermaneutics is a column by MarkLives.com editor Herman Manson (@marklives). It indicates opinion as much as reporting.