Tech Law: Who owns your social media account when you resign?

by Paul Jacobson (@pauljacobson) The question of who owns your social media account and can legitimately claim your connections with your communities has popped up again in the last few days. David Graham from Deloitte posed the question on Twitter and David wrote an article for Memeburn titled “Who owns your social media account and community when you resign?”. I wrote about this topic in November 2011 in a post titled “When ex-employees take your Twitter followers away from you” and the topic is still very relevant today. That said, there is 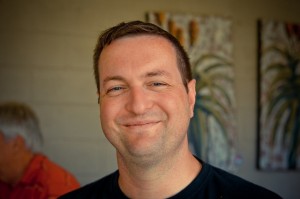 another perspective on this issue which neither my or David’s article dealt with: What happens when you introduce your community of followers and connections to a new employer?

Neither article mentions the reverse. What if I, in my own capacity through my wit, charm, knowledge and supreme intelligence ;), build up an army of followers and then join a company (in whatever capacity). I will no doubt continue engaging with my followers and the company will benefit from this. I will no doubt gain more followers during this employment but if/when I leave, the company should have no right to my personal account.

Even if the company does get to take over my community, there is nothing stopping those people from unfollowing my successor if they don’t like him/her.

Is there anything prohibiting me keeping record of the community members and messaging them directly with my new details? Here on G+ you can mention people even if they’re not following you. Might be a bit of a schlep but it could work…

It is a great question and one which is bound to be asked more frequently as job seekers bring, as part of their value contribution, their connections and relationships to prospective employers. The short version is that the best way to deal with this is to clarify who is entitled to claim the relationships with the followers and on what basis you would bring that following to the company. You would do that in your contract with the company and also be very clear about the basis on which you maintain your connections with those followers while you are at the company.

Robert Scoble is a terrific example of a person in this position. Scoble has substantial communities of followers and connections on every major social network and probably deals with this in his contracts with employers and it is a big part of his value to new employers. He also talks to his communities as himself, not as a derivative persona of his employers (so his profiles are in his name, not his employers or some handle associated with his employers) and his arrangement with them is likely that he exposes his communities to his employers through his take on what his employers do.

If you have a community you intend introducing to your prospective employer as part of your value contribution to that employer, you could just walk in with your followers but you may well find that resolving a dispute with an employer about who the relationships “belong” to, particularly if the employer isn’t familiar with social connections and their dynamics, it could be the equivalent of taking pee out of a pool when trying to differentiate your communities from company-loyal communities drawn from your followers. One of the challenges is more about this idea of ownership of a community in the first place because, as Jen points out –

Even sticking with the same scenarios discussed in the articles, I generally follow a person not a company (as in the adage “people do business with people not companies”) and, if that person leaves (say +Jonathan Houston or +David Graham leave Deloitte) I’m still going to follow them – not because of where they work but because I value their opinions.

These communities are aggregated and bilateral relationships. Claiming ownership of a community ignores that the other side of the community is a group of people who can unfollow or unsubscribe just as quickly as they joined your community in the first place. The question should be reframed as who gets to claim those relationships, rather than who owns the communities. Do the community members form a relationship with the employer, the company and brand, and the individuals associated with it? The answer tends to be that relationships are between individuals although people do seem to personify companies and brands and relate to them that way.

For a company whose employees or agents cultivate these communities of interest on the company’s behalf and who do so under the company’s brand, the answer is pretty straightforward. It’s usually the company that can legitimately claim those relationships and should be able to introduce new community and brand evangelists to continue working on those relationships when employees leave or rotate into different roles.

If you are introducing your connections to a new employer with the intention of using that influence to benefit the company and its brand, you really should have a discussion with your prospective employer upfront and deal with this in your contracts with your employer. The risk is that, by introducing your connections to the employer and its brand, you are blurring the distinction between your personal connections and the company’s community of followers. That community is a valuable asset in the company’s portfolio and it will expect to be able to protect that asset through mechanisms like restraint or non-solicitation provisions in your contract with the company which could legally sever your ties with the community that followed you in.

One of the revolutions of this social economy is that prospective employees can add substantial value in the form of their connections, either explicitly by incorporating them as a value proposition for a prospective employer, or implicitly because you have those connections on various profiles and will likely expose them to your new role in the ordinary course of how and what you communicate with and to them. A great example is a LinkedIn profile where you may exploit your connections to perform better and attract more business. These social connections don’t suddenly become the employer’s unless you allow it to happen. Unfortunately, you have to be proactive about this when you start talking to a prospective employer and draw very clear distinctions between relationships and the effect of you introducing your connections to your employer.

The solution is likely one inspired by family law: perhaps you need an ante-nuptial contract between you and your prospective employer? It could take the form of a modified restraint or non-solicitation mechanism or be a separate agreement altogether. Either way, it is becoming very necessary and will require a fair degree of familiarity with the social Web and the nature of these communities.

You don’t have to become a 21st century Moses pleading with your corporate Pharoah to let your followers go. You just have to think ahead and get the right advice.